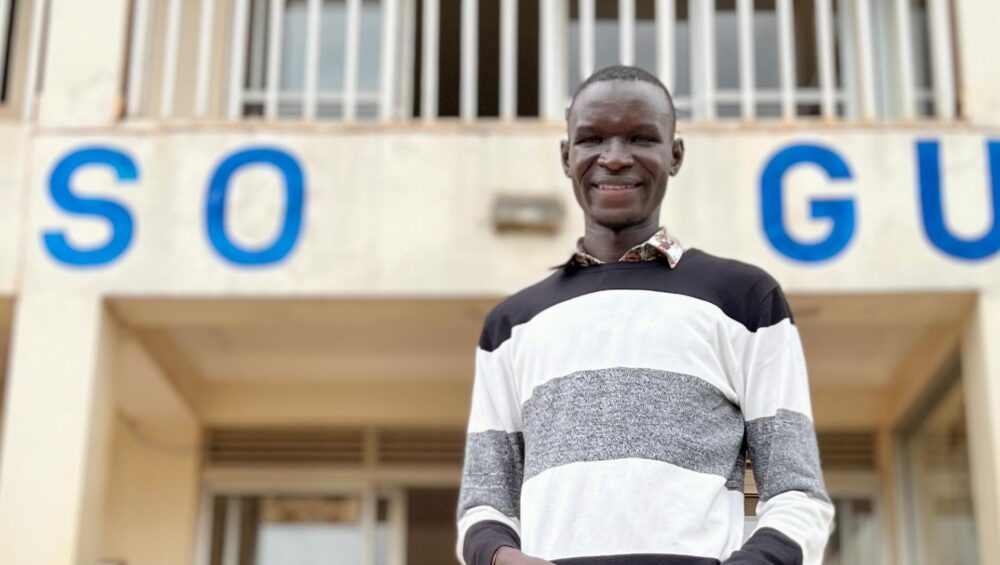 U-TOUCH met Stephen when he was 14 years old at Alliance High School, just after the LRA War in northern Uganda in 2007. Stephen’s education, sponsored by U-TOUCH.org  took him through high school graduation, while he spent much time volunteering at the U-TOUCH Tech Hub helping the community learn Microsoft Digital Curriculum.  U-TOUCH continued to support this bright motivated young man through his Gulu University Bachelor’s Degree and ultimately his Post-graduate education.

While his formal education provided him with a degree in Public Administration and Human Resources, his experience benefited his extensive CV. Stephen has gained employment with several NGOs with his most recent contract of four years at TASO, an NGO to benefit those impacted with HIV. Stephen is well regarded by his colleagues.

Stephen is grateful for U-TOUCH transforming his life and that of his family. With Stephen’s income, he has been supporting his two sister’s school fees and the nutritional and medical needs of his family of 10 including his parents, other siblings, and his wife and young child.

U-TOUCH is very proud of Stephen’s motivation and brilliance toward his successful career making an impact on his own life, that of his family, and ultimately the Gulu community.